Related Topics:
Up Next

The Investigating Panel on the act of Police brutality in the #ENDSARS protest has yesterday awarded about N575.8 million damages against the Nigerian Police after reviewing 20 of the 44 petitions received for right violations by the Police force.

The Investigating panel of the #EndSars petitions headed by retired Justice of the Supreme Court of Nigeria, Suleiman Galadima, heard 20 amongst the 44 petitions set before it in an executive session yesterday being Thursday the 18th day of March 2021.

The National Human Rights Commission while speaking on the matter yesterday, emphasised that a total number of 44 petitions was what was received by the above-mentioned panel, in which they are investigating the various incidents of Police brutality as contained therein and that it’s centred on judgement debts incurred by the Police force as a result of various right violations of petitioners.

In line with statements per reports, a total sum amounting to N575.8 million were awarded against the Nigerian Police in the judgement (likewise known as Judgement Debt) given by the panel yesterday after considering 20 petitions out of the entire 44.

Hillary Ogbonna, the Secretary of the Panel spoke on the way in which the Judgement debt is to be paid and also brought to light the decision of the Panel Ordering the Nigerian Police to issue apologies to some of the petitioners who have same included as part of their compensation.

In the statement of Mr Ogbonna as reported and quoted by the PremiumTimes, he had the following to say:

“Apart from assisting the victims of human rights violations to get their compensation paid, the panel has also taken decision to order the Police authority to issue apologies to some of the petitioners who have the issuance of apology as part of their compensation”.

House of Assembly: Enugu to pass Bill for Life Pension of Ex-govs 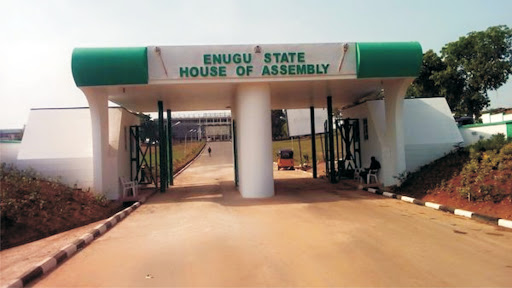 The Executive bill to provide Life Pension for Ex-governors and their deputies was presented before the house for first reading during the plenary on Thursday the 11th day of March 2021. The bill sought to grant ex-governors and their deputies an entitlement in the form of a life pension for life, after their 4-8 years of service or terms of Office in the state and at the expense of the Enugu State government.

While on the other side, the Bill goes on to provide for medical allowances not exceeding the tune of N12 million per annum for one surviving spouse of an ex-governor or their deputies; so far as the said spouse was married to the governor while in office.

Amongst other things, the Bill seeks to provide adequate security for ex-governors for the entirety of their lifetime, and also would require that the state government provide them with three (3) vehicles which is to be replaced every four years.

The bill likewise provides that the state government must arrange and bear the cost of the burial of an ex-governor and their deputies upon demise. the State government shall in lieu of the same, pay condolence allowance of a sum equivalent to the annual basic salary of the incumbent governor at that time to the next of kin of the deceased ex-governor or their deputies.

The Bill however comes with a caveat that for any ex-governor or their deputies to be entitled to the benefits of this intended law, he or she must not have been impeached from office.

The Deputy Speaker of the Enugu House of Assembly, Uche Ugwu presided over the plenary and adjourned the said plenary after the first reading to Tuesday the 16th day of March 2021 for further reading before the House. 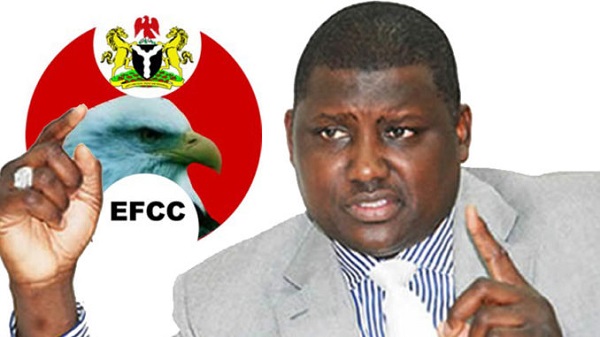 Federal High Court Abuja summons the Attorney General of the Federation (AGF), Abubakar Malami and the former acting chairman of the Economic and Financial Crimes Commission (EFCC) Ibrahim Magu, to give testimony.

The Federal High Court sitting in Abuja in a Subpoena signed on the 8th day of March by the Presiding judge Okon Abang has summoned 10 persons to appear before it, for the purpose of giving testimony in the case against Abdulrasheed Maina, the former chairman of the Pension Reform Task Team (PRTT).

Amongst the 10 persons subpoenaed to come to testify in court includes but not limited to the names of Abubakar Malami and Ibrahim Magu. These 10 persons are expected to appear before the FHC Abuja on the 9th, 10th, and 11th day of March respectively to testify in Maina’s defence.

The case of or against Maina is one of alleged money laundering amounting to a said total sum of N2 billion.